In Australia, the rise in popularity of engineered stone for kitchen benchtops has had a very serious side-effect – a spike in cases of silicosis, an irreversible and potentially fatal lung disease caused by the inhalation of extremely fine silica dust. In the past, silicosis was mostly seen in workers at marble and stone quarries, but now the hardest hit are the tradespeople who manufacture, cut and install engineered stone.

The problem comes from the material’s specific composition. When its cut or ground, the pure silica powder used in its production is released into the air, it’s inhaled by a worker and the body reacts to the tiny dust particles in way that causes scarring to lung tissue. As that scarring gets worse, breathing becomes more difficult. The long-term prognosis for patients ranges from impaired physical mobility to premature death.

One solution to this growing problem is to maintain strict protocols around the handling of engineered stone. The other is to use a product that doesn’t present the same risks.

MAXIMUM pressed porcelain panels also contain silica, but as a constituent element in raw materials – unrefined kaolin clay, unrefined quartz and unrefined feldspar – not as pure silica powder. These materials are ground, pressed and fired at 1280oC, which vitrifies the mix, effectively changing its physical properties to be more like glass than ceramic. As a result, no dangerous silica dust is released when the product is cut or ground.

During the production process, safety precautions are paramount – the unrefined minerals are ground wet to eradicate dust, for example – and fabricators are advised to either cut slabs with water jets or wet-cutting tools, or wear masks. But these precautions are to prevent general irritation. If any dust is
created when working on MAXIMUM, it’s not the kind that can cause silicosis.

There’s a long list of other reasons that MAXIMUM is a superior benchtop material to engineered stone, but the mitigation of serious health risks is one of the most important. 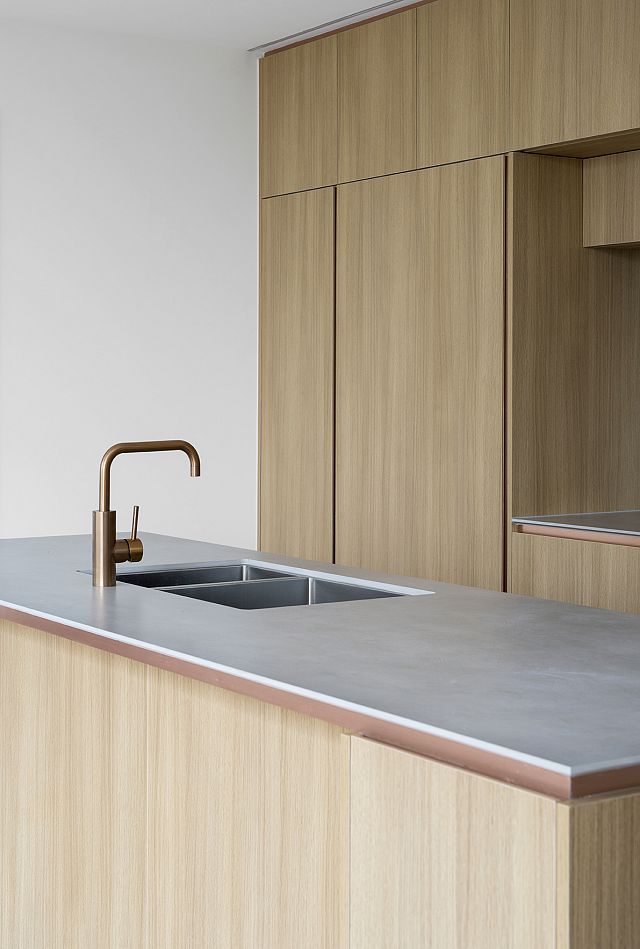